Event Location: Barleylands Craft Village, Billericay CM11 2UD
Event Date: 28th October 2015
Further Information:Large cars and SUVs will be positioned at the sides or back. No vans, lorries or other large vehicles will be permitted.
Gates Open: 9:15pm  Film Starts: 9:35pm
Prices: From £23.99 (For 1 Car + 2 People)


Join us, if you dare, to watch the original 1978 classic Halloween starring Donald Pleasence and Jamie Lee Curtis.

This is a DRIVE IN MOVIE event being shown on our 28 foot screen and being held at Barleylands Craft Village and Farm Centre Car Park,  Billericay, Essex.

Celebrate Halloween and pull up in your car and enjoy the film without moving a muscle. Great sound, great picture and a unique opportunity to experience a horror drive in movie. Call a waitress for a bit of refreshment whenever you like.

LIMITED TO JUST 100 CARS  – BOOK AS EARLY AS POSSIBLE!

This is an 18 Certificate film.  There will be no admittance to under 18s.

The year is 1963, the night Halloween.  Police are called to 43 Lampkin Ln. only to discover that 15 year old Judith Myers has been stabbed to death, by her 6 year-old brother, Michael.

This six-year-old child, with this blank, pale, emotionless face, and the blackest eyes… the devil’s eyes. Dr Loomis spent eight years trying to reach him, and then another seven trying to keep him locked up because he realized that what was living behind that boy’s eyes was purely and simply… evil.

15 years later, Michael Myers breaks out of the Mental Institution on the night before Halloween and brings terror to the town of Haddonfield.

Drink and Popcorn per person included.

Text one of our mischievous horror characters and have them deliver your food. 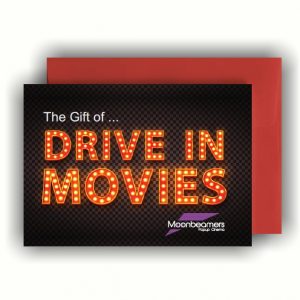